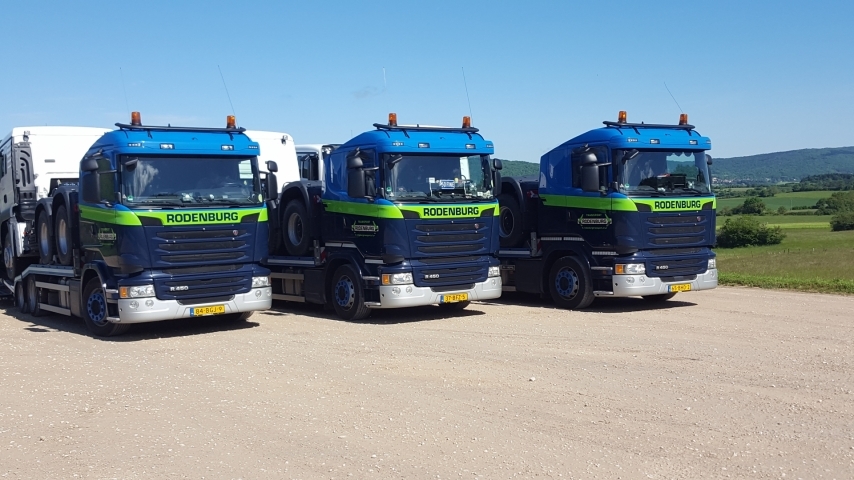 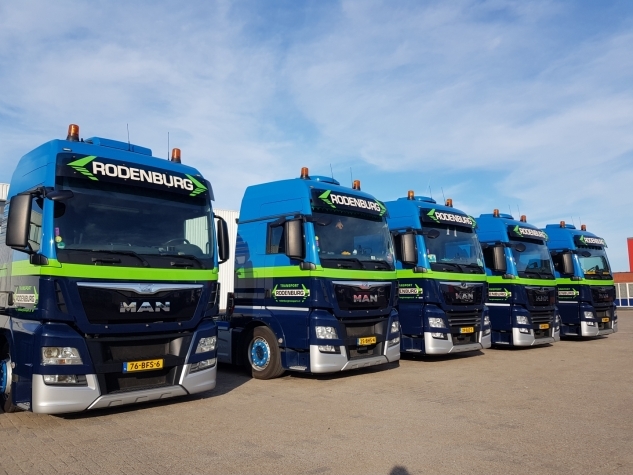 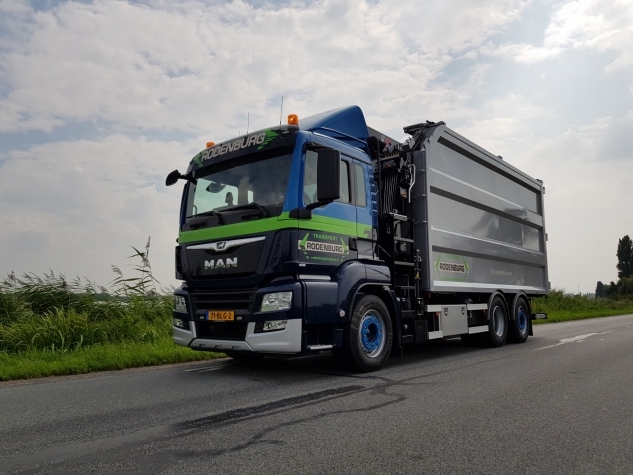 The company soon added the transport of feed products and later gas bottles. Personnel was hired and the fleet expanded. In 1979, the first glass collection bins appeared in the Netherlands. Rodenburg was contracted to empty these glass bins. This soon grew into a specialist service, to which was subsequently added the emptying of paper and clothes bins. A specialist service still being provided to date. In the mid 80’s other transports were initiated serving the glass recycling industry. This service consists of moving both processed and unprocessed glass to and from the glass recycling plant. In the early 90’s the company started its specialist caravan transport service. This services started in these early years with only a few trucks to carry out the international transport of caravans, speedboats and other vehicles.

In the late 90’s the decision was made to expand the international transport activity. The fleet was expanded and to the services were added the transport of campers, collapsible caravans, vans, cars and later trucks as well. Now after 40 years the company provides two specialist services: the transport of glass, paper and clothes for the recycling industry and the transport of anything on wheels throughout Europe.